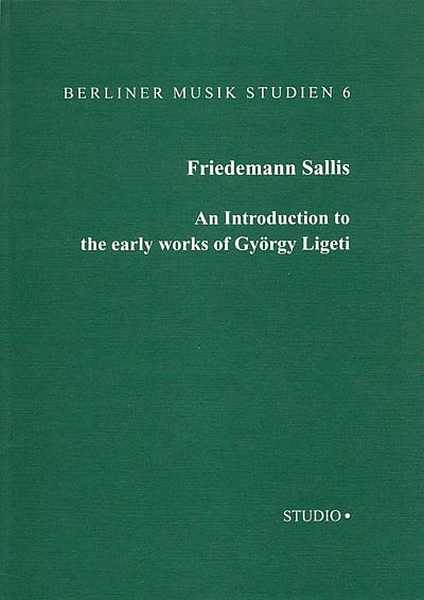 An Introduction to the Early Works of Győrgy Ligeti

It is generally stated that 1956, the year of Győrgy Ligeti's emigration from Hungary, marked a clear break in his stylistic development. But it was Ligeti himself who asserted that already 1950 was the point at which he began to imagine and work towards what has since become his widely recognised 'personal style'. Bartók, dodecaphonic technique, Stravinsky and the work of the Hungarian poet Sándor Weőres run like interwoven threads throughout Ligeti's music of this crucial period between 1950 and 1956. Later they form the background of his musical thought. It was the idea of this research following Ligeti's development up to 1956 through an analysis of specific works, concentrating primarily on three characteristic aspects: his evolving concept of tonality, his evolving exploitation of certain polyphonic techniques and the formal concepts that grew out of these. The investigation yields, among other points, the extraordinary coherence of Ligeti's development during these years in which his personal style came into focus.